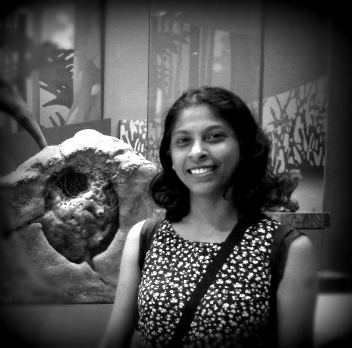 ‘How to be a Fig?’ is the brainchild of artist and naturalist Abhisheka Krishanagopal. A wildlife researcher by profession, she is also trained in visual and performing arts. For several years, Abhisheka has lived in close proximity with urban wildlife, nursing and caring for injured and abandoned wildlife; worked in wild areas in different regions of the country conducting research on birds; has spent time in several remote villages teaching children and youth to appreciate and value their natural environment. Nature and Art have been an inseparable part of Abhisheka’s life ever since her childhood. While she prefers the company of trees and animals to human company, she finds it easier to express her thoughts through the medium of art than through words. Through the project ‘How to be a Fig?’ she brings together scientists,  artists, writers and performers to understand and appreciate the importance of the ficus in the ecosystem. 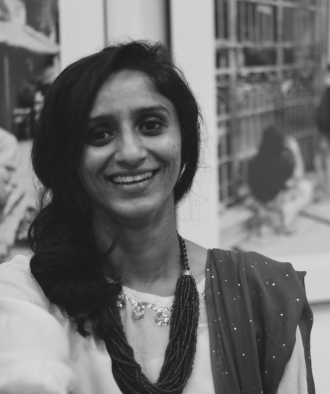 Veena is a contemporary movement artist from India. Having worked with dance companies like Shobana Jeyasingh Dance Company, Sadhana and Angika in the UK and also Indian based dance institutions, she has performed extensively across UK and Europe. She is an independent performer and choreographer who has collaborated with individuals from various fields like theatre, visual arts & music. Her choreographic works have been featured in various festivals in many countries. She has done her MA in South Asian Dance Studies from Rehampton University UK and has written many essays and critiques about South Asian Dance. As an educator she has worked with individuals of different ages and abilities. Her latest project named ‘How to be a Fig?’, is in collaboration with Artecology Initiative that brings together ecologists, researchers, performing and visual artists together to explore and communicate through movement the importance and role of fig trees in our eco-system. 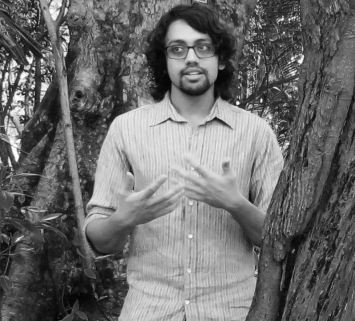 A graduate student at the Centre for Ecological Sciences, Indian Institute of Science, Bangalore, India Vignesh’s interests include all things ecology or pertaining to the natural world; natural ecosystems, ecological processes and evolution have been the sort of things that fascinate him. For his Ph.D. Vignesh is investigating the mutualism centered around figs and their associated fig wasps. Fig wasps are extremely small and short lived. In order to complete their life-cycles, they manage to locate host trees that are usually a few kilometers apart. He is currently trying to figure out how they overcome this challenge by studying their flight capabilities. Vignesh is also passionate about science-communication and teaching. 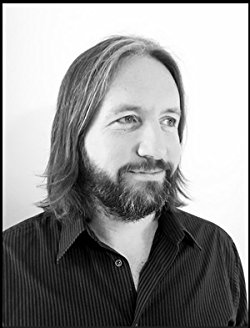 Mike Shanahan is a UK based freelance writer with a doctorate degree in rainforest ecology; his work focuses on rainforests, climate change, biodiversity and related issues. He has lived in a national park in Borneo, bred endangered penguins, investigated illegal bear farms, produced award-winning journalism and spent several weeks of his life at the annual United Nations climate change negotiations. He is interested in what people think about nature and our place in it. His freelance journalism include works published by The Economist, Nature, The Ecologist and Ensia, and some chapters of Dry: Life without Water (Harvard University Press); Climate Change and the Media (Peter Lang Publishing), and Culture and Climate Change: Narratives (Shed). He is the illustrator of Extraordinary Animals (Greenwood Publishing Group) and maintains a blog called Under the Banyan. In 2016, his book about how fig trees have shaped our world, influenced diverse cultures and can help us restore life in degraded rainforests was published in the UK as Ladders to Heaven and in North America as Gods, Wasps and Stranglers.